The royal Theater in Madrid

A sarcophagus-shaped theater The royal Theater in Madrid The Royal Theater of Madrid is one of the most important in Europe, as well as one of the most emblematic monuments of the city. The imposing building is located in a wonderful enclave in the Plaza de Oriente, in front of the Royal Palace.

The history of the Royal Theater began in 1818 and was inaugurated in 1850. For 75 years it was one of the most important theaters in Europe, until a collapse caused it to remain closed for 41 years. In 1966, the Royal Theater of Madrid reopened its doors as a symphonic concert hall before undergoing a deep 9-year reform, after which it reopened as an opera. In total, the building has 22 floors (14 above and 8 underground) which house dressing rooms, rehearsal studios, workshops, scenography, etc. A miniature city in which more than 500 people work each day so that audiences can enjoy their shows each night. All told, the Teatro Real de Madrid has an area of more than 65,000 square meters. The audio-guided tour of the Royal Theater allows you to visit different rooms to enjoy its attractive palatial decoration, in addition to looking at the Royal Box to contemplate the stage from the best seats. The Madrid Opera has about 1800 seats (they vary depending on the stage) and an impressive stage box with articulated platforms that offers the possibility of combining numerous stages that delight attendees. During the tour you will have the opportunity to look out on the terrace to enjoy the views of the Plaza de Oriente with the Royal Palace in front, in addition to knowing the old ballroom converted into a restaurant. This room has an amazing ceiling that simulates a sky full of stars. The curious detail of this “sky” is that it represents that of the night in which the old theater was inaugurated, which had a stage with an open roof. Currently, thousands of led lights act as stars to form the star map of that night in 1850. Throughout the late 19th and early 20th centuries, Opera Theater garnered a reputation as one of Europe’s great opera houses. It was especially well known for performances of operas by Giuseppe Verdi and Wagner as well as musical performances of great works by 19th century composer Stravinsky 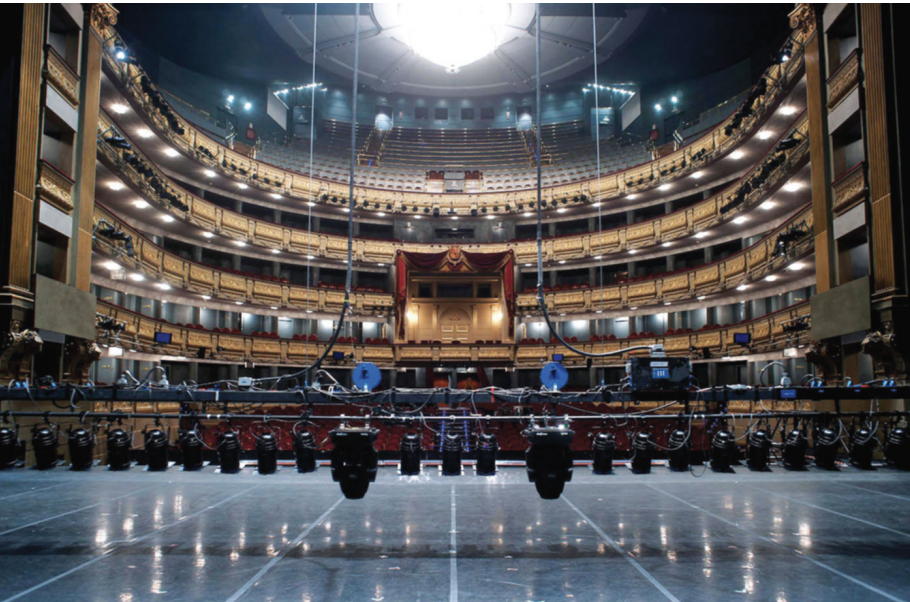