The Indian Christian Bourbons and
the Muslim Begums of Bhopal

Years ago I discovered during one of my trips to India this interesting story and after much and tedious research and years of work and with the collaboration of the historian Marie Stravlo I have finally finished my last historical novel.

During the reign of Akbar, between the years 1557 and 1559, a European named Jean Philippe du Bourbon came to the Court of Delhi. He was French and claimed to belong to one of the noblest families of that kingdom. He recounted that he had been taken prisoner by Turkish pirates during a voyage, and was sold as a slave to Egypt. This happened in 1541 when he was only fifteen years old. Once in Egypt, and thanks to his charm and qualities, he won the favour of the sovereign and joined the army. This marked the beginning of the adventure that led him to India. Emperor Akbar, to whom the young man told his story, was captivated by his refined manners and charisma and was offered a position in his army, after which he was appointed Master of Artillery. Full of honour and wealth, Prince Jean Philippe du Bourbon died in Agra leaving behind two children by the sister of the Emperor’s Christian wife.

In gratitude for his loyal services, Emperor Akbar had granted lands in Shergar to Jean Philippe and made him Rajah of a small independent state loyal to the Imperial Crown.

The eldest son, Alexander, became the favourite of Emperor Jahangir, who appointed him Hereditary Governor of the Begums Palace.

The Bourbons maintained their position at the Imperial Court until the invasion of India by Nadir Shah, when they went into exile to their fiefdom of Shergar with the permission of the Moghul Emperor. Francis II of Bourbon was the last of the dynasty to serve the Moghul Empire as Superintendent of the Imperial Palace.

In 1778 the Maharaja of Narwar attacked Shergar and killed Rajah Francis II of Bourbon and his family. Only his son Prince Sebastian and his grandson, Prince Balthazar survived as they were not in Shergar on that fateful day.

A few years later, in 1795 father and son travelled to Bhopal and once again Christian princes entered the service of a Muslim royal family. They started a relationship of service and loyalty that would last for several generation in which the bond was continuously renewed.

On  the 15th October of 1812, Bhopal was put under siege by a combined army of Maharaja Daulat Rao Scindia of Gwalior and Bhagoli Bhonsla, Raja of Nagpur with more than 82,000 soldiers. That fateful day started what is known as the siege of Bhopal that lasted nine months!

The close relationship of these descendants of the French Bourbons with the ruling family was such that when Begum Qudsia became the first Muslim princess to become a regent  in 1819 to her infant daughter, Begum Sikander and rule an Indian sovereign state, she made Prince Balthazar of Bourbon, known as Shazad Masih, her Dewan (Prime Minister).

his devotion to the Regent, he could have taken the throne for himself as not only was he one of the largest landowners after the Crown itself but he held immense power and had crucial political support including that of the British and the troops. The Bourbons could have had another

kingdom to rule, but loyalty always comes first, and no personal ambition can supersede it.

In 1821, an elderly Prince Balthazar married the daughter of a British army officer, Isabella Johnston.

The Begum immediately took a liking to Isabella and upon  meeting her, conferred the title of Surkar Dulan[1]. Isabella soon became the favourite lady in the Begum’s Court, and both she and Begum Sikander enjoyed her company and her wise advice daily, so much that since the marriage,  Prince Balthazar now only saw the queen on matters pertaining the government of the State. His wife had now taken the role of confidant and personal advisor and this role she would have until she died.

In 1829 at the age of 57, the Christian Prime Minister of Bhopal died. He was undoubtedly poisoned by his enemies but he left a daughter, Princess Juliana and an unborn son, Prince Sebastian of Bourbon ( Mehrban Masihl), who was born in 1830.

In 1838, Nawab Jahangir tried to murder his wife, Begum Sikander and her unborn child. She was devoted by him but despite many protestations by Begum Qudsia with the British, Jahangir continued his unpopular rule. He became as debauch as Nawab Ghous had been, spending most of his time in the company of courtesans. Lancelot Wilkinson, until his death in 1941, continued to support him and never considered his misrule and decadence. Sikander Begum upon hearing of her estranged husband’s illness and being as magnanimous as her mother had been, forgave her husband. She returned to Bhopal with her six-year-old daughter to be at his side for a week caring for him, who was on the threshold of death.

Attempts by Jahangir’s father with the British claiming the throne for himself on the death of his son fell in deaf ears. After consultations between the Governor-General, the Political Agent

[1] Surkar is Highness in Urdu and Dulan would be translated as Bride. The Royal Family called her Dulan Sahiba (Madam Bride) 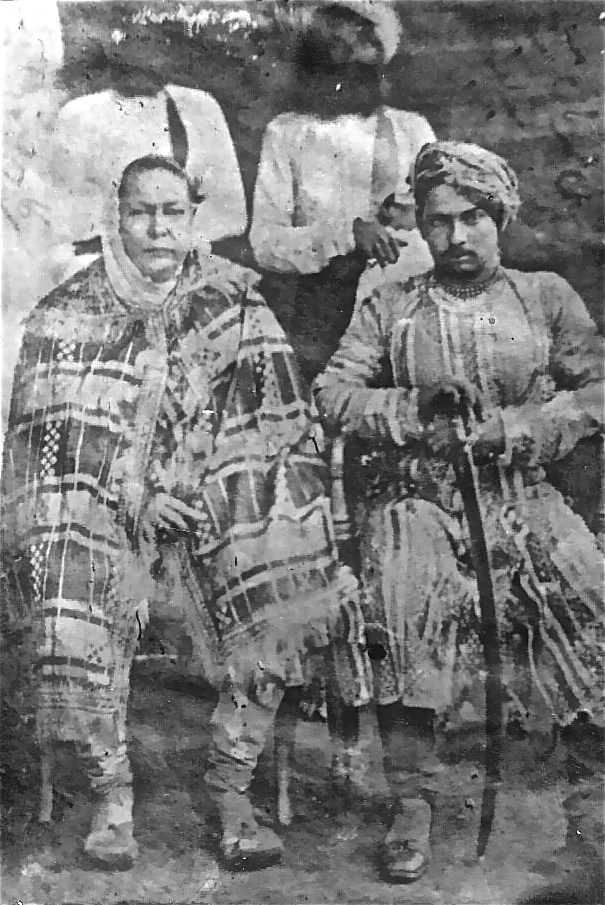 and the Resident it was decided that the baby Princess Shajehan would be the next ruler and the regent, her uncle Faujdar who had as a boy shot by accident Nawab Nazar.  The Begums,  tried to persuade the British to restore their power but this too was dismissed.  Amir’s failed attempt to take the throne by force that resulted in being taken prisoner for life by the British.

On the 11th of April 1845, Prince Sebastian and Princess Isabella  accompanied the two Begums and Princess Shajehan, in triumphal return to the capital acclaimed by all the population in a tumultuous welcome that had never been seen before. They were returning home after seven years.

On July 27th, 1847, the British proclaimed Begum Sikander sole Regent for her nine-year-old daughter, history was repeating itself. The new Regent would prove herself to be an amazingly talented and dynamic ruler who admired her mother’s tenacity and strength of character without which she would be in power and thus through the length of her reign was always very reverential towards her.  Prince Sebastian was 17 years old when the British appointed Sikander Begum as sole Regent and my mother wanted to groom me to serve the State. Mother had learnt  Urdu, which I spoke too, and we were most of our time in the company of the Royal Family. She adopted their costume: a silken trouser tight on the calves, a beautiful vest of pure silk fitted carefully to the shape like a small petticoat under a long shirt, and a piece of fine muslin as a headgear that passed over her neck and shoulders and fell on her back in a variety of elegant undulating folds peculiar to the  tastes of the beautiful ladies of the Court. She was extremely active  socially and became the most important person in the kingdom  after by  the Begums, and her opinion and advice were much sought after by the many including the British Resident.

In 1948 Prince Sebastian married Joanna Bernard, who was to be known in the Court as Sardar Bahoo and the Begum appointed to command the Cavalry. The marriage was a success and they had five children, the eldest Prince Bonaventure.

In 1857, Prince Sebastian was appointed Prime Minister of the State at the age of 25. His arrival to the Dewanship would come in one of the most difficult of periods of our history as a huge political crisis erupted all over the sub-continent in what was to be known as the Sepoy Mutiny and that would end with the Moghul Empire when after a bloody conflict the British won and  sent  the 82 year old Bahadur Shah II to exile in Burma banishing the Imperial family from India forever.

Just at the beginning of the rainy season of 1867, a French traveller arrived at Court. He stayed at Court for several months as a guest of the Royal Family and was very much surprised to see a family of French descent related to the French Royal family in such a position of power. He was bewildered when Princess Isabella recounted the story of the family since the arrival in India of Jean Philippe and how the family had arrived in Bhopal where they were now possessed important fiefs, had great wealth and were ranked amongst the highest vassals of the Crown. Upon his return to France he wrote to very interesting books: India and its Native Princes and The Son of the Constable of France.

On the 30th November 1868, Begum Sikander died at the age of fifty and Prince Sebastian resigned as Prime Minister as he felt that the new Nawab Begum, should be free to decide whom she wanted to have in her government. Her first act of government was to confirm him in my post but   on the 30th of September of 1871 at the age of forty-one, he died. His son Bonaventure II of Bourbon ( Inayat Masih) became the head of the family under the guidance of the formidable Princess Isabella. The relationship of closeness between the Christian Bourbons and the ruling family of Bhopal remained intact despite the political turmoil on the Kingdom.

In 1881, Qudsia Begum died at the age of eighty-two and her death cast a shadow of deep grief over the State as she had been deeply loved and revered by her former subjects and on the 5th of August of 1882 Princess Isabella died at the age of eighty. Within a year two legends of the history of Bhopal had passed away and Prince Bonaventure would be the last Bourbon to have a position of influence at the Court.

After that the family started losing influence and  its decadence and the Head of the family today is a  lawyer, Prince Balthazar IV of Bourbon-Bhopal who has reorganized his House as a branch of the European Bourbons with the aim of maintaining alive the fascinating story of the Bourbons of India.

What is remarkable is that a Christian family as the French traveller said in his book: “I am proud that a branch of the Bourbons that have been raised to such an exalted position, that they are ranked only inferior to the ruling family. At the same time, they have remained faithfully attached to the name, customs and religion of your ancestors.” 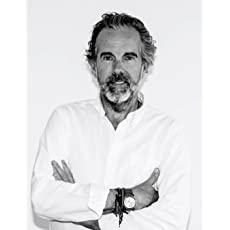 Carlos Mundy is author of The Indian Kings of France:

The fascinating story of the Bourbons of Bhopal